On Tuesday the 3rd of December 2013 a meeting sponsored by UNITE the union and NIPSA the largest public sector union in the North took place at UNITE’S offices in North Belfast.

The meeting was the first Peoples Assembly to be held here. Between eighty and ninety people attended. The guest speaker was Steven Turner (Peoples Assembly Officer UK). The meeting was also addressed by Jimmy Kelly, regional organizer for UNITE, and was chaired by Paddy Mackel, from Belfast District and Trades Council.

Steven Turner called for a united campaign against austerity and cuts, cuts that are being heaped upon ordinary working people and middle class the length and breadth of these islands. The demand for the poor, unemployed, disabled and the most vulnerable was heard many times during the meeting.

The majority of speakers from the floor agreed that it is the time for unity and an end to austerity but there was debate over the need to oppose all cuts. Some in the trade union movement oppose taking a position of opposing all cuts, which in effect amounts to accepting certain cuts to services. This approach is a recipe for dividing workers and trade unionists over where cuts should be made, thereby assisting the politicians in Stormont and Westminster in enforcing austerity.

The People Assembly draft statement that Steven Turner referred to in his speech makes for interesting reading. In it, there is support for actions of trade unions, communities, and any other groups who peacefully resist austerity. The statement calls for a tax on the rich, debt to be dropped, privatisation to be reversed and a living wage to begin to combat poverty. These are in themselves progressive demands. Only a complete break with the system of capitalism can guarantee a decent living standard for the mass of people.

Nowhere does it call for the building of an independent workers party based on the trade unions, the unemployed and communities, that can take on the established parties of the rich who dominate the political landscape at the present time. While supporting all genuine attempts to unite opposition to austerity, the only way austerity can be defeated is by mobilising the immense power of the working class through general strike action. The need for a 24 hour general strike must be central to the fight against austerity.

By Nicola Smyth France’s controversial ‘burkini ban’, has rightly caused outrage across the world. What began as a…
byArchive 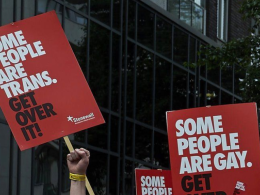 Another month goes by, and the right-wing media commentators spin their tombola for deciding who it will be…
bySocialist Party 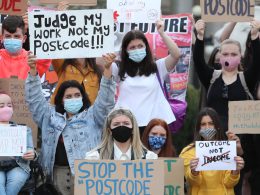