Northern Ireland’s education system is at the eye of the storm that is the public finance cuts contained in the Fresh Start Agreement. The cuts were introduced by Sinn Fein Education Minister John O’Dowd and are being seen through by the new DUP Education Minister Peter Weir. The already over stretched education budget has been cut by a further £50 million this year and the cuts axe is hanging over schools, staff and services.  The Impact is so significant that the NI Assembly and senior management in the Education Authority appear to be terrified of the backlash when the cuts begin.

The list of cuts under discussion is almost beyond comprehension.  60 schools are to close each year for the next three years.  Last year’s pay aware for teachers is being withheld and redirected to shore up school budgets.  Schools are being forced into budget deficit.  Education for special needs children is due to be ‘restructured’ to save money.  Hundreds of Education Authority jobs are due to go, there will be massive cuts in service provision and wages will be forced down.

The financial crisis is topped off by the untimely reorganisation of the whole of education from a five Boards structure into one Education Authority. This has meant that at this critical moment there is not only massive financial pressure but also disorganisation and dislocation of the education system with whole layers of professional educationalist staff leaving and creating a huge experience gap.

Education workers, parents and young people are the victims of this mess. They face a bleak future where the education for this generation will be far below the level of education in the past. It is time for real resistance to these attacks.  A positive sign of resistance is the beginning of industrial action be teachers who are demanding that the wages owed to them are paid. To win the action it needs to include detailed discussions with union members in every school about how the action should be conducted and any pay campaign must mean all the teachers unions linking up to deliver a united blow to force the NI Assembly to pay up.

It is time for other education workers to take action as well. Cleaners, school meals staff, classroom Assistants, child protection staff and all others face a very direct threat from the cuts. A strong campaign of resistance can and must be built amongst them. Unions must recognise that many of these workers feel let down by union leaders over the last few years.  This time things must be different and a massive campaign must be built that really means business.

The power of union workers should be linked to school students taking to the streets. The recent example of school strikes in Spain should be the example for what can be done here as well. In Spain 100s of thousands have taken strike action, shut down schools and taken to the streets in a battle for the future of education.  The issues at stake in Northern Ireland are no less important so young people here should take similar action.

Ultimately the solution to the crisis in education is a financial one. The education budget needs an injection of £50 million plus. The NI Assembly can find the money to bail out airlines and cut tax for the rich so they can be forced to pay up for education as well. 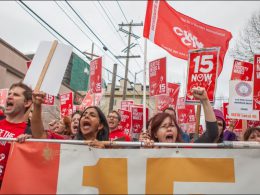 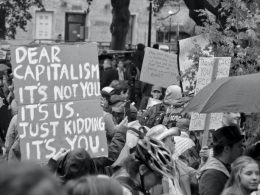 Young people: No future under capitalism — Global resistance on the agenda

Recently, the British pro-capitalist journal the Financial Times conducted a survey of more than 1,700 young people, to find out the main concerns and problems facing both Millennials and Generation Zers today. The results were stark but not surprising. When asked what their main problems in life were, respondents reported cramped housing, skyrocketing student debt and general insecurity in day-to-day life. As one 25-year-old respondent said: 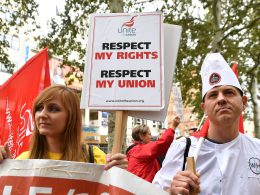