One in five borrow to buy food

Five million families in Britain are struggling to pay for food and are reaching “breaking point” according to a ‘Which?’ survey.

One in five surveyed had to borrow money to meet food costs. A third of these had borrowed from family members.

Unsurprisingly the poorest are the worst affected – mainly households with an annual income under £21,000. Many are using credit cards, overdrafts or savings.
Incomes fall

Real incomes have fallen to the level of a decade ago as prices have risen much faster than wages, which are frozen for many workers.

Combined with the devastating attacks on benefits, working class people struggling for food is the inevitable outcome. 83% of teachers report seeing children hungry at school.

Without action the problem will only get worse. More than 50% said that they would be cutting back on food costs in the next few months.

Food prices took a very small dip in April but this does nothing to counteract the hugely above inflation price rises over the course of the economic crisis.

Meanwhile MPs, who each get paid at least £65,738, continue to enjoy subsidised food in parliament, at a public expense of £5.8 million a year.

We keep hearing about banks being back to making huge profits. The luxury goods market is one of the only ones to have avoided the recession.

The wealth that exists in society is more than enough to provide plentiful, nutritious food for all – it’s the least we should be able to expect.

But capitalism means that food producers prioritise their profits. Even before the current economic crisis billions went hungry around the world.

We need food production planned democratically by the working class majority. And we need benefits and wages that are enough to live on.

As a first step in a movement to fight for these things, the TUC must call a 24-hour general strike against austerity and its devastating effects on our lives. 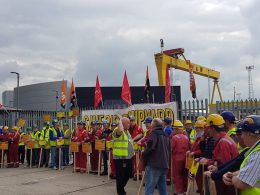 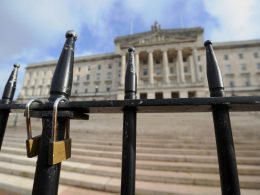