Reading the ‘Holyland LAD Stories’ Facebook page is far from funny. Between the talk of red bull, exams and partying, there is a constant thread of disgusting, derogatory remarks towards women. Sex is a major topic and the page is used to spread stories which show the attitudes some people clearly consider acceptable or even “cool”.
Women are described as a “bit of fluff” or “wee dorty” who was “leaving slug trails” on her way to the bedroom of one of the “lads”. That these attitudes are about women’s role in society is evident from this comment about a poster’s mother: “I put all my dirty clothes in a bag and leave it sitting at the door of the utility room for her [the ‘aul doll] to trip over, and the washing fairies leave it cleaned and folded on my bed the next day as usual.”
Far from being funny, this page helps spread the idea of women as objects to be used and abused for the gratification (sexual and otherwise) of men. The idea, for example, that watching your mate having sex with a woman while he is aware of what’s going but she isn’t, is OK. Or that having sex with someone who thinks you’re someone else is consensual. Misogyny, abuse of women and rape go hand in hand. Spreading these ideas by being “a bit of craic for the lads” only makes things worse.
One in four women in the UK will be the victim of domestic violence at some stage in their lives. In the 12 months up to January, 1,571 cases of rape, sexual assault and sexual activity with children were reported to the PSNI. With reporting rates being shockingly low, the real figures are likely to be far higher. This gives a glimpse of the reality of sexism in society.
Women, like men, have the right to sexual desires, gratification and consensual sex. They have the right to feel safe and be able to visit a friend or walk down the street without fear of sexism, assault or rape. In order for that to become a reality, sexist attitudes like those put forward on the ‘Holyland LAD Stories’ page must be challenged and opposed wherever they arise.

The case of the Stubenville High School rapse sace in Ohio has highlighted once again the systemic sexism against women victims of rape. The case involved two male students repeatedly raping an unconscious 16 year old woman from party to party over a six hour period, where the brutal event was filmed and photographed by onlookers. The students were found guilty of rape and received the minimum sentence of one year and two years in prison. But the capitalist media’s reaction has ignited much debate about “rape culture”. Mainstream media such as CNN, Fox News and MSNBC, covered the case as if the rapists were victims. CNN’s Poppy Harlow stated it was “Incredibly difficult, even for an outsider like me, to watch what happened as these two young men that had such promising futures, star football players, very good students, literally watched as they believed their lives fell apart”. 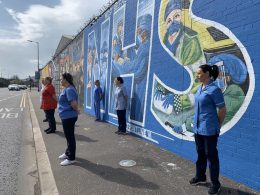 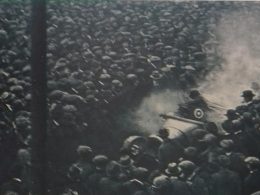 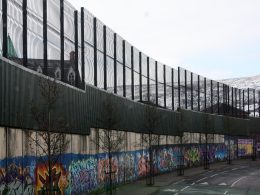