Campaign group Fight4Equality has described the prosecution of a young women for accessing abortion pills as “ludicrous” and said that a movement must be built to “render anti-choice laws unenforceable and put the political establishment under huge pressure”, pointing to the abortion pill train action which openly defied the law.

“A matter of weeks ago, Belfast High Court recognised that Northern Ireland’s archaic abortion laws contravene women’s basic human rights. It is ludicrous that there are now two women being dragged through the same court system for accessing what are regarded by the World Health Organisation as essential medicines in order to carry out medical terminations. We demand Justice Minister David Ford take immediate action to end the criminalisation of these women.”

“We shouldn’t hold our breath for meaningful change coming from Stormont if the politicians are left to their own devices. All the main parties are opposed to the right to choose. However, the experience in the South shows that a mass movement can render anti-choice laws unenforceable and put the political establishment under huge pressure.”

“Our sister organisation, ROSA, organised the abortion pill train which saw these same drugs openly transported from Belfast to Dublin and taken by women in public in defiance of the law. At no point did the state seek to intervene as they feared the reaction it would provoke. That is the kind of bold campaigning approach which we require.”

2016: Crisis-ridden capitalism will meet with bitter mood of resistance 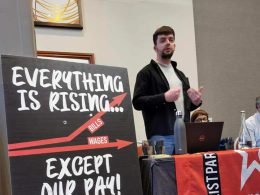 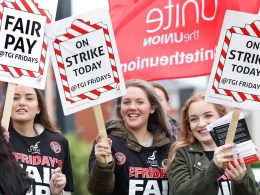