Since then, their numbers have flourished to over 1,400 pupils and they are regularly oversubscribed. However, despite the success of the college and similarly integrated schools, 90% of students in Northern Ireland still attend schools that predominantly or exclusively cater only to one side of the community.

This is not reflective of the views of people in Northern Ireland, 71% of whom are in favour of integrated education.  Likewise, when communities have had votes on turning local schools integrated they have voted overwhelmingly to do so.

The blame for this lies squarely with sectarian politicians who may claim to support integrated education but have acted to block progress and every turn. The recent second reading of the Integrated Education Bill, brought forward by Alliance MLA Kellie Armstrong,  exemplified politicians’ astounding inability to listen to the people they serve.  Education minister,  DUP’s Michelle McIlveen, labelled the bill “unwelcome and unhelpful”, whilst Sinn Féin’s John O’Dowd claimed integrated education will pay “homage to the crown but to no-one else.”

The Socialist Party supports the proposals in Armstrong’s bill that new schools must be integrated; however, we also think that this will only be effective on the basis of a program of public investment to build new schools where needed, and for a program to integrate currently segregated schools.

A Department of Education review carried out in 2017 found that during O’Dowd’s time as education minister, Stormont had “failed to lead planning, development and growth of integrated education.” Later that same year, under DUP’s Peter Weir’s management, the continued wilful negligence of the issue led to almost £50 million of funding under the ‘Fresh Start’ agreement to be handed back to the Tory government.

It is not just our schools that are segregated, the teaching colleges that train our future teachers are also divided along the lines of religion.  This goes against 79% of people surveyed in the poll who believed that schools should have a religious and cultural mix when it comes to teachers and governors.

The powerful influence of churches, both Catholic and Protestant, on the governing of schools must be ended, not just to deal with issues of integrating education but also to address other crucial issues like the lack of fact-based, LGBTQ-inclusive and consent-based education. Politicians are doing our young people a serious disservice by educating them in a religious and societal hall of mirrors, surrounded only by reflections of one side of a community.

Parents and guardians are now making their voices heard through enrolment numbers with most integrated schools oversubscribed in 2020 / 2021. Oversubscription directly resulted in up to 21% of children who had applied to an integrated school having to be turned away.  We must stand united to amplify their voices and emphasise the appetite and need for change.

Politicians have failed for a generation to live up a commitment to integrate education. Instead, they have acted to institutionalise sectarianism rather than overcome it. We also need a radically different education system that is fully publicly funded. That requires a movement led by the parents, students, education workers and people coming together across the sectarian divide in order to transform our education system.

9/11 attacks: An atrocity exploited for 20 years of war and torture 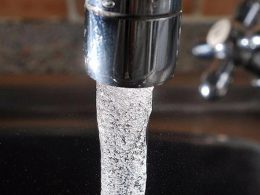 Many people in the North have voted for the Greens because they want an anti-sectarian and left alternative. Unfortunately, this - and their role in government in the South - shows the weakness of the Greens' approach, which ultimately accepts the limitations and false logic of capitalism.

“Tell the truth Poots – A&E closure down to Assembly cuts”