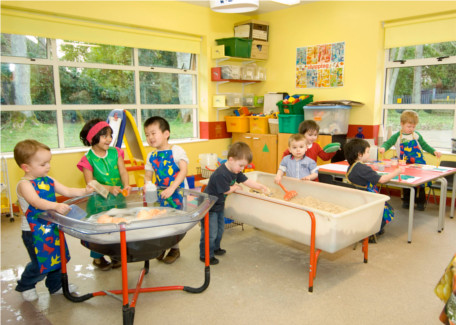 At the beginning of February it became public that the management of the University of Ulster were planning to close the crèche facilities at the Magee and Jordanstown campuses by the end of July. Management’s argument in favour of this is that the crèche’s are not efficiently managed and have deficits, as if they are meant to be about making money and not providing an essential service. The parents and crèche workers at Jordanstown have begun a campaign of lobbying MLA’s and the university.

The cut will result in parents in the crèche paying out more for alternative childcare further away from the campus and some of the students will even have to drop out from their course if they cannot find an alternative crèche. As the plans stand at the minute, all the crèche workers face redundancy.
The Students Union at the University of Ulster has played a particularly disgusting role by washing their hands clean of the students concerned and effectively siding with the University’s decision. This combined with the fact the University management is looking to move forward quickly with redundancies for the crèche workers emphasises the need for a more militant campaign involving large scale petitioning, mass rallies of solidarity between lecturers, students and the crèche staff to  stop the closure taking place.

The Socialist Society at the university is joining in this campaign to fight this inhumane cut by building solidarity for the actions of the parents and the worker’s among the entire student body.

The issue of abortion is on almost every young person’s mind. Opinions are divided and many people find themselves struggling to form their own opinion as to whether Ireland – North and South - should continue to criminalise abortion.
byArchive