According to Finance Minster Simon Hamilton, at least 6,000 public sector jobs look set to be cut in the form of redundancies. Bizarrely, his party colleague Sammy Wilson announced that in order to cut corporation tax 14,000 redundancies would be necessary in order to encourage job creation in the economy!
On top of redundancies, recruitment freezes look set to be made universal across all Departments. In effect a recruitment freeze has been in place for many Departments in recent years. As workers retire, job vacancies are not being filled, meaning fewer workers to provide services. Services such as health have seen severe workload on staff. This will now be extended across all services. This policy – agreed and implemented by all the parties in the Executive – has seen 14,000 jobs lost in the public sector since 2009.
Sinn Féin’s John O’Dowd has publicly echoed support for redundancies but uses the term “voluntary exit scheme” instead. It is not certain there will be the necessary take-up for the Executive to avoid compulsory redundancies. Despite talk of an economic “recovery” by the politicians and right-wing media, there are signs that the economy is slowing down once more. A recent Consumer Council report found that 70% of people had not yet felt any recovery. The knock-on impact of thousands of public sector job losses will have the opposite effect the politicians claim. Public sector employment is crucial to many private sector businesses, particularly in the services sector. Since the restoration of power-sharing in 2007 and the implementation of job cuts every year the private sector has failed to respond with meaningful job creation.

The Socialist Party has warned that the private sector is not capable of creating the necessary jobs needed to deal with over 100,000 in Northern Ireland looking for work, let alone secure jobs with decent pay and conditions. Only a major programme of public investment (eg. such as in the building of top quality social housing) can provide the basis for real job creation. That is why every redundancy must be resisted by all trade unions. 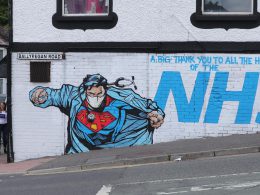 Kerry Fleck, a trade union official sent us a letter in reply to Stephen Boyd’s article in the…
byArchive