Another abortion rights case is currently on its way to the European Court of Human Rights. This case aims to challenge the decision by Tory Health Secretary Jeremy Hunt to deny women from Northern Ireland free access to abortions under the NHS in England.

Another abortion rights case is currently on its way to the European Court of Human Rights. This case aims to challenge the decision by Tory Health Secretary Jeremy Hunt to deny women from Northern Ireland free access to abortions under the NHS in England. The plaintiffs’ appeal was recently rejected by the Supreme Court, although two of the three judges decided in their favour.

The case highlights the disparity that exists between women’s rights in Northern Ireland and Britain. This causes added financial and emotional burdens on women who become pregnant here and decided, for whatever reason, that they are unable to continue with the pregnancy. This legal action and the journey to private or NHS clinics in elsewhere would not be necessary if politicians in Northern Ireland finally acknowledged the need for women to be able to access abortion services here under the NHS. This is supported by a clear majority of people here, but not by any of the main parties.

Recent official figures indicated that 700 women from NI travelled to NHS clinics in England to have a termination last year. The real figure is likely to be significantly higher as women can also give other addresses. Those who decide to buy safe, but illegal, abortion pills online are also not included in this figure. This illustrates the dilemma women find themselves in if they decide to end a pregnancy in Northern Ireland: either come up with funds to travel at short notice to Britain or break the law which, in this case, carries a maximum penalty of life imprisonment. Neither of these choices is acceptable.

Legal restrictions on abortions can have horrifying consequences. In one case in the South, a minor who was deemed to be at risk of self-harm and suicide due to her pregnancy was detained under the Mental Health Act. The minor travelled to Dublin with her mother, both believing she would receive an abortion there, only to discover that she was in fact being detained – a decision which was reversed by a different psychiatrist as the minor did not have a recognised mental health disorder and thus could not be detained.

Women should be able to control their own bodies. Women should be able to decide if and when to have children. This, of course, means that we need to demand financial security including decent jobs, wages and housing. However, women also need to be able to access safe and free abortions. It will require continued campaigning to ensure that women in Northern Ireland do not have to wait any longer – we have already been waiting 50 years for the 1967 Abortion Act to be extended to NI. Labour under Corbyn has pledged to continue to support a woman’s right to choose and to work with the Assembly to extend this right to NI. This is welcome support and can be used to further develop a movement here to build momentous pressure on politicians locally to enable women to claim their basic rights. 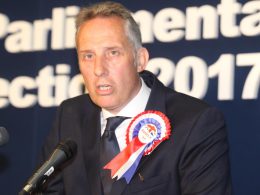