Jolene Bunting has been suspended from her position on Belfast City Council for 4 months while an investigation is carried out into a number of complaints against her. A statement from the Commissioner for Standards said there was evidence that Bunting had failed to comply with the council’s code of conduct and that her conduct was likely to have brought the council into disrepute. Jolene Bunting has been suspended from her position on Belfast City Council for 4 months while an investigation is carried out into a number of complaints against her. A statement from the Commissioner for Standards said there was evidence that Bunting had failed to comply with the council’s code of conduct and that her conduct was likely to have brought the council into disrepute.

The Commissioner is investigating 14 complaints, including a complaint about her participation in the ‘Northern Ireland Against Terrorism’ rally in 2017, during which she shared a platform with Britain First leaders and other prominent figures from the English far-right.

Bunting has become increasingly associated with the far-right recently, speaking at 3 ‘UK Freedom Marches’ which took place in Belfast over the summer. These rallies were attended by fascist groups like Britain First and Generation Identity, organisations she has openly supported in the past.

Socialists won’t  shed any tears for Bunting. However, we can’t simply welcome her suspension. It would be naive to think that the same justifications wouldn’t be used to clamp down on socialist councillors if the circumstances allowed it. For example, one of their central justifications for suspending Bunting is that she caused “reputational damage” to the council. It’s not hard to imagine the same argument being used against a left councillor involved in some form of civil disobedience.

It should be mentioned that, while the mainstream parties on the council are quick to declare their opposition to the fascists, they’re slower to take credit for the years they presided over cuts  that have left working-class communities devastated and provided room for far-right ideas to grow. The capitalist parties offer no solution to the rise of the far-right. Instead, they play a role in facilitating it with their inherently anti-working class policies.

Jolene Bunting may be suspended, but the economic deprivation that lends itself to the growth of fascist ideas still remains. Although the success of groups like Britain First and Generation identity has been limited in Northern Ireland, their politics represents a real danger to the most oppressed and marginalised in society. A far-right demonstration on 9th June in London attracted 15,000 people. This gives some indication to the threat posed and the urgency with which the left must act to counter it. In Northern Ireland, this means building an anti-fascist working class movement that’s capable of winning support from both Protestant and Catholic communities 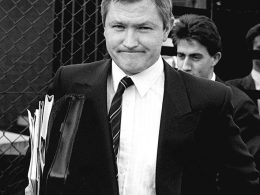 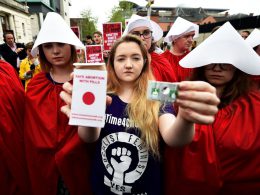