The Executive has not yet acted to implement abortion services in Northern Ireland.  This attack on abortion access was cloaked in faux-compassionate veneer, with Givan and the bill’s supporters acting as the defenders of Northern Ireland’s disabled community – the same community disproportionately affected by the abhorrent ‘welfare reform’ policies which the DUP, Sinn Féin, and Alliance allowed the Tories to introduce.  While the defeat of this bill is positive we must consider how it got this far in the first place.

Sinn Féin abstained from voting on the bill in its initial stages back in March 2021, despite Michelle O’Neill proposing that “women are entitled to modern and compassionate healthcare”. This is unsurprising considering that the current abortion stance of the party beyond 12 weeks is not in favour of access to abortion in cases where a non-fatal fetal abnormality has been diagnosed. Sinn Féin hoped their vague pro-choice suggestive rhetoric and their pretence of progression would mask their inaction.

Michelle O’Neill cynically attempted to turn abortion access (or lack of) into a “green and orange” issue, arguing that it is Unionism which is hindering people’s reproductive rights. Michelle O’Neill’s insinuation that attacks to abortion rights are neatly divided along sectarian lines is incorrect and attempts to distract from Sinn Féin’s record on this issue. Ultimately, the attitudes of working-class people regardless of their community background have consistently been far ahead of politicians in any of the main political parties here.

Sinn Féin’s U-turn is to be welcomed and we need to recognise why it happened. It was not due to a change of heart by Sinn Féin but the result of public pressure put on the party following their initial abstention — a vote which ironically took place on the same day the executive doled out condolences to the family of Sarah Everard and denounced gender based violence.

This intentional division, Sinn Féin’s flip flopping position, the introduction of this bill by DUP Paul Givan in the first place, and the narrow margin with which it was rejected confirm that we cannot rely on establishment parties to defend our rights. Through pressure we can not only make parties change positions but also achieve significant victories. It is imperative we continue to fight for our right to access safe, legal, local, and free abortion services, available on the NHS. We must take to the streets and actively campaign in order to put pressure on Stormont. We cannot allow the Executive to sit on their hands until March 2022—or they will sit on them indefinitely. 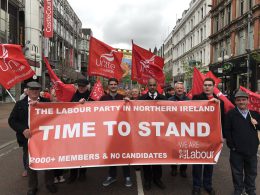 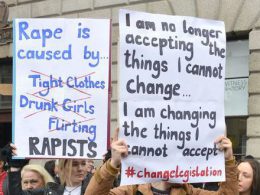 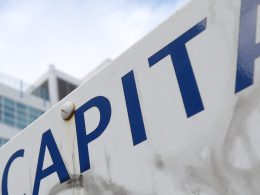