Women and pregnant people in Northern Ireland are again being forced to travel in order to access early medical abortion services. As of 5th January, the South Eastern Health and Social Care Trust cancelled their services. Trusts have received no additional funding for abortion provision since the new legislation came into force, leaving them to fund the services on already slashed budgets in the middle of a pandemic. The Northern Ireland Human Rights Commission has launched a court case against the UK government for failing to fund abortion provision in Northern Ireland, over a year after it was legalised.

Medics involved in the ad hoc abortion sevices set up at the beginning of the pandemic have warned that things could get worse in 2021, as the service is so underfunded and understaffed that it’s on the brink of collapse. In the case of the South Eastern Trust, they had just one doctor and one nurse running their abortion services. When the doctor left on maternity leave, she was never replaced. In another Trust, there is one medic providing the service.

The South Eastern Trust is not alone in cancelling their abortion serivces, as the Northern Trust did the same in October. During its closure, other Trusts were forced to stop accepting referrals as they simply didn’t have the capacity to treat them. This left women and pregnant people with no option other than travelling or ordering abortion pills online.

Clearly, the fight for abortion provision in Northern Ireland is not over. In the context of Covid, it’s clear that we need to expand remote acces to abortion, allowing pregnant people to take the pills at home should they wish to. The pills are 10 times safer than Viagra, which you can buy over the counter. This would also assist people in abusive relationships.

Fundamentally, however, we need to fight to turn the recent legal changes into a reality, with full and guaranteed provision of abortion services through the NHS, something which the conservative Stormont politicians seem determined to avoid. 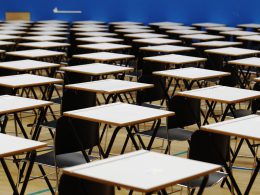 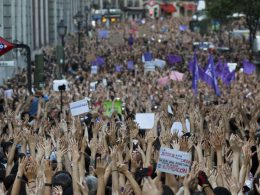