In 2012 the NI Assembly set the stage for the annual event of whitewashing, glossing over and distracting from their legacy of failure.

The commemoration of the tragic sinking of the Titanic promised an influx of tourism and dignitaries to see the city that built the infamous ship. This was to pave the way for a bright new future for Northern Ireland. A magnificent public venue and tourist centre was built beside the now, near dormant site where the Titanic was launched. The desolate landscape around Harland and Wolfe reflects the reality for working class and young people suffering rising unemployment and costs of living, and ever deepening sectarian division.

Where are the G8 jobs?
The following year again saw promises of tourism, investment and trade for Northern Ireland as the G8 was held in Co. Fermanagh. Chewing gum was systematically chipped from streets and driving through Enniskillen and elsewhere delegates could be forgiven for seeing businesses flourishing. On closer inspection however, what looked like busy cafés were empty façades. Shop fronts were renewed with still images of customers. The customers, jobs and prosperity portrayed in shop windows were the photo-negative to the tens of thousands on growing dole queues and zero-hour contracts. The G8 was cynically used by the Assembly as an opportunity to gloss over their failed policies of austerity and privatisation.

This year, again the stage is set for another whitewash of the failures of the Assembly with the cycle event, the Giro d’Italia to be held in Northern Ireland. Not only will their legacy of economic failure be glossed over, it has now been proposed that the Assembly’s legacy of sectarian division be whitewashed too. Anna Lo, South Belfast MLA, from the ‘anti-sectarian’ Alliance party, caused a stir when she suggested the removal of flags and murals along the cycle route. The anti-sectarian policy of Alliance is apparently to simply gloss over division.

New party needed
The glossing over and whitewashing of sectarian division and the economic crisis is symptomatic of the failed policies of a weak Assembly. Instead of tackling the real issues effecting ordinary people – rising food, housing and fuel costs, unemployment and low pay, terms and conditions – the Assembly parties ferment division to distract from their failures. To add insult to injury, when the eyes of the world are on Northern Ireland, politicians from, all the main Stormont parties, lurch into action to hide the plight of ordinary people. Working class and young people urgently need a party that can effectively tackle unemployment, rising costs of living and reverse the cuts being implemented by the current government, not simply gloss over them. 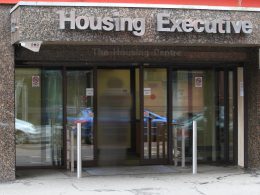 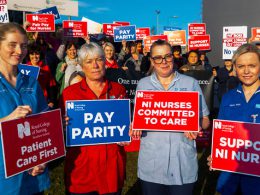