In the context of the escalating political standoff over Ukraine between the US and the EU, on the one side, and Russia, on the other side, big business and conservative politicians seem to remember Winston Churchill´s saying “never let a good crisis go to waste”.

As part of the debate on escalating sanctions against Russia and possible Russian retaliation as a result, there is increasing talk about “energy security” and the need for stimulating “energy independence”, in particular from Russian gas.

Undoubtedly, Russia’s richness in natural resources and its gas giant Gazprom is an important “political weapon” and bargaining tool of the Putin government in its strive for political power and influence in the region and beyond.

In 2012, Gazprom accounted for 34% of the European Union’s natural gas imports. Last year, Gazprom supplied the EU and Turkey with a record 162 billion cubic metres of gas, of which 86 billion cubic metres came via Ukraine. These hard economic figures provide a different dimension to the EU’s keen interest in the Ukrainian situation and underline that important economic interests are at the heart of this conflict.

Poland’s Conservative Prime Minister Donald Tusk, when he met German Chancellor Angela Merkel in March to discuss the political developments in the Ukraine, stated, “The question of Ukraine is a question of EU’s future, EU’s safety, and a correction of EU’s energy policy. We will not be able to efficiently fend off potential aggressive steps by Russia in the future, if so many European countries are dependent on Russian gas deliveries or wade into such dependence.”

Poland is one of the most fervent supporters of shale extraction. Poland imports 60% of its gas from Gazprom but its reserves in shale gas and oil are estimated to be the largest in Europe. The Polish government has announced it will offer 6 year tax breaks for shale gas companies in an effort to attract foreign investment and start exploration as soon as possible.

British Prime Minister Cameron, despite the fact that Britain is far less dependent on Russian gas, makes use of the opportunity to say that Britain has a duty to embrace fracking in the wake of the Ukraine crisis.

Local communities, environmental activists and socialists are massively opposed to shale gas extraction which is done through a method commonly referred to as ‘fracking’. There is growing evidence of huge health and environmental risks and impacts from fracking – or high-volume hydraulic fracturing. There is growing evidence that gas production, including fracking and waste disposal, is contaminating drinking water, polluting air and soil, destroying our climate, and triggering earthquakes.

Moreover, fracking will lead to further fossil fuel dependency for several decades and cut across attempts to combat climate change. In addition to promoting environmentally and socially disastrous shale gas exploration in Europe, there are calls for the importing of shale gas / LNG (liquid natural gas) from the US.

Conservative and arch-conservative, reactionary and climate change denying parties in the European Parliament are very blunt about this and have once again revealed their true colours, illustrated by the explicit pro-shale gas amendments tabled by the United Poland Party (same political group as British UKIP) to a resolution on the situation in the Ukraine which read: “whereas natural gas produced from hydraulic fracturing of shale rock has cornered a significant share of the North American natural gas market and driven down the gas price; whereas such results could be repeated in Europe and could lead the EU to improve the security of energy supply in Europe and increase economic competitiveness” and “Welcomes the fact that, thanks to the shale gas revolution, the USA has abundant, new supplies of gas and oil, is accelerating its plans to export natural gas, and should become a major supplier to European markets; notes that a number of US companies want to build pipelines and liquefied natural gas facilities to export more gas; calls on the US administration to fast-track approval of US exports of liquefied natural gas, and to build a meaningful export infrastructure.”

No to the EU-US free trade agreement

The EU and the US are currently negotiating a Transatlantic Trade and Investment partnership (TTIP), which if agreed could be very advantageous for the multinational fracking lobby. When President Obama attended the EU-US summit in Brussels last week to discuss trade relations and the Ukraine crisis and he said the new trans-Atlantic trade agreement under negotiation would make it easier for his administration to approve LNG exports. The head of the US National Association of Manufacturers, Jay Timmons, who is currently touring the EU, is even more explicit.

Timmons said the crisis in Ukraine “accelerates the need” for the United States and European Union to conclude the deal, because Europe’s dependency on Russian natural gas underscores the “economic imperative” for deeper US-EU trade ties.

The TTIP agreement should be opposed for many reasons but one of them is the increased power it is likely to give to big corporations through the inclusion of a so-called investor to state dispute settlement mechanism (ISDS) which, as Pia Eberhardt from the Brussels based NGO, Corporate Europe Observatory, correctly puts“[it] could empower energy companies to take governments to private international tribunals if they attempt to regulate or ban fracking. Oil and gas giants could claim millions in compensation if they deem their investments, including future profits, are adversely affected by changes in regulation or policy. This would be regardless of the evidence of the environmental harm caused by fracking, and of the opposition by local residents and other citizens”.

The US based Low Pine Company is currently suing the Canadian government for CA$250 million over a moratorium on fracking which the Québec province was forced to introduce after massive popular opposition to fracking.

What is really needed in order to peacefully solve issues relating to energy production, consumption and the environment, is to break with the logic of greed and profit. Massive public investment programmes into renewable energy resources are needed as well as public research and funding programmes into recycling, climate change and energy efficiency. Additionally, all multinational energy giants need to be nationalised and taken under democratic public ownership and control, in order to make sure that they are accountable and acting in the interest of society and the environment

Oil spill is ‘worst environmental disaster’ to hit US

The oil spill in the Gulf of Mexico following the fatal explosion on the BP leased Deepwater Horizon oil rig has exceeded the Exxon Valdez catastrophe of 1989, when eleven million gallons of crude oil devastated the pristine Alaskan coastline.

A White House energy official described the Gulf of Mexico spill as the worst environmental disaster ever to affect the USA. So far, all of BP's efforts to plug the leaking well - located 5,000 feet below the surface of the sea - have failed. 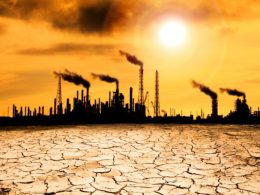 While Trump's climate change denial is now close to unique among world leaders, capitalism is fundamentally incapable of dealing with this crisis, as profit – the system's motor force – must come before all else. Based as it is upon competition between corporations and nation states for profits and dominance, it is incapable of realising the co-ordinated, structural transformation in our economy and infrastructure needed, particularly serious action to end our reliance upon fossil fuels.
bySocialist Party 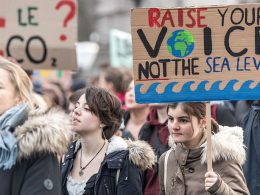