Hundreds of protesters have set up camp in the small village of Balcombe, West Sussex, to stop unsafe, environmentally dangerous gas shale extraction – fracking – by Cuadrilla.

On Sunday 18 August, Socialist Party members joined a 1,000-strong demonstration called by ‘No Dash For Gas’ that marched from the station.

Although a heavy police presence meant the demonstration was unable to reach the drilling site, a human chain was formed around the site.

Police later admitted that policing the demonstrations has cost £2.3 million. The mood was carnival-like and peaceful, as Balcombe residents showed their support by joining in the demonstration.

Monday 19 August saw the beginning of direct action against Cuadrilla, who had been forced to suspend drilling due to the demonstrations. Hundreds of demonstrators blocked the B2036 road between Balcombe and Cuckfield.

Earlier in the day, campaigners forced their way into the company’s headquarters in Lichfield, Staffordshire, and six protesters glued themselves to the London HQ of Cuadrilla’s PR company.

In Balcombe, police served a Public Order Act notice and arrested 30, saying the crowd might cause serious damage to property or disrupt the life of the community – despite the community largely supporting the action. The real damage and disruption is being done by Cuadrilla!

The idea that unsafe shale gas extraction is about cheaper energy for working class people is nonsense.

It’s about more profits for the greedy energy companies and never mind the consequences for the rest of us.

As socialists we need to link the protests to the wider movement against the capitalist system and its demand for profit at any cost.

Oil spill is ‘worst environmental disaster’ to hit US

The oil spill in the Gulf of Mexico following the fatal explosion on the BP leased Deepwater Horizon oil rig has exceeded the Exxon Valdez catastrophe of 1989, when eleven million gallons of crude oil devastated the pristine Alaskan coastline.

A White House energy official described the Gulf of Mexico spill as the worst environmental disaster ever to affect the USA. So far, all of BP's efforts to plug the leaking well - located 5,000 feet below the surface of the sea - have failed. 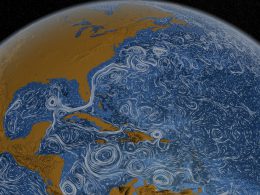 The Gulf stream’s warmth stretches from the tip of Florida northwards along the US East Coast. It is one of many currents in the thermohaline, or Atlantic meridional overturning circulation (AMOC), an essential system credited for the hospitality of the Northern hemisphere. It carries warm water from the Tropics to the North Atlantic “like a conveyor belt,” as climate scientists have aptly described, amidst serious concerns of AMOC weakening and possibly eventually stalling altogether.
bySocialist Party