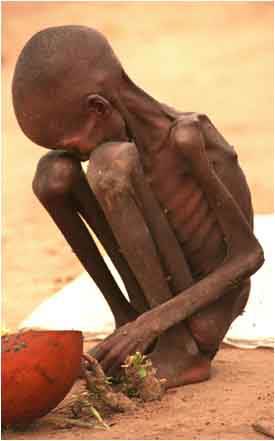 The Institution of Mechanical Engineers have released a report stating that as much half of the world’s food, amounting to two billion tonnes worth is wasted.

The report tells how to date, the world produces about four billion metric tonnes of food a year but according to IMechE Head of Energy& Environment Dr. Tim Foxceng “30-50% (or 1.2-2 billion tonnes) of all food produced on the planet is lost before reaching a human stomach”. This is at the same time as World Hunger Statistics state 800 million people suffer from hunger and malnutrition.

Capitalist production of food also leads to poor practices in harvesting, storage and transportation. This report shows that there is an abundant amount of food to feed the world’s population but due to production for profit 33% of the population is left to starve.

Only organised, united working class can end war and social misery The Islamic State in Iraq and the…
byArchive