group. Being squeezed militarily in Iraq and Syria, they may seek to encourage more such attacks in Europe.

Their aim is to destabilise society by creating an atmosphere of fear and suspicion. They know the state will use such attacks as a pretext for increased surveillance and harassment, with ordinary Muslims – who overwhelmingly oppose these atrocities – as the primary targets. Combined with already existing racism, disproportionate levels of poverty and anger at Western military intervention and domination of the Middle East and North Africa, this can recruit a small minority of young Muslims into their ranks.

ISIS is a Frankenstein’s monster of imperialism, born out of the death, destruction, poverty and division created by the invasion of Iraq and military intervention in Syria, Libya and elsewhere. The Muslim people who live under its oppressive yoke in Iraq and Syria are its primary victims. ISIS and forces like it cannot be defeated by further Western intervention or by increased repression at home. It can only be undermined through a united struggle against poverty, war, racism and all the other symptoms of the barbaric capitalist system. 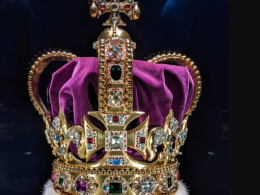