Review of BBC Panorama special Has the government failed the NHS?

“Calling us heroes just makes it okay when we die.”

This short Panorama documentary is very effective at highlighting the ways in which the government has failed health workers specifically in the context of the coronavirus crisis. From revealing that the government counted individual gloves to reach the one billion PPE quota, to reporting the PPE guidelines the government changed to make up for shortages, Panorama shocks its audience by showing mistake after mistake made by the government.

However, what the documentary fails to make clear is that the pressure currently exerting itself upon the NHS is not only a result of Covid-19, but is due to years of privatisation and cuts that have put health workers and the wider public at risk. It is also noticeable that the documentary is careful not to name any names; we never hear of ‘the Tories’, we hear no mention of Boris Johnson, Matt Hancock, or Dominic Cummings. Panorama refers only to ‘the government’ or ‘the Department of Health’.

By not making broader points about Tory policy alongside years of privatisation and underfunding, Panorama ends up presenting the government as a bunch of bumbling idiots who just didn’t realise this would happen. The reality is that the NHS has been under attack for years, and the lack of action in terms of this pandemic was intentional negligence to protect profit and the economy, it was no accident.

The documentary is good at outlining the various ways in which health workers have been put at risk by the government. We are shown a clip from a 2009 government-produced video that outlines pandemic PPE including a full-length gown, a high quality mask, and eye protection. This is followed by the current guidelines that state an apron and a basic mask can be adequate. This is alongside a report that the government downgraded Covid-19 from a “high consequence infectious disease” to cover their backs when it came to PPE shortages. In the context of the highest death toll in Europe, and second highest internationally, this is disgraceful.

The documentary seems to be aimed at highlighting that “our health workers have been let down” and does quote one health worker who stated, “calling us heroes just makes it okay when we die”. What it fails to point out is that the government, in intentionally undermining the NHS, is complicit in the deaths of thousands of people, including those hundreds of health workers that the documentary mentions. Had they enforced lockdown sooner, had they adequately stocked NHS warehouses, had they rolled out mass testing, the scale of this crisis would be to a far lesser extent than it is.

It isn’t the case that tens of thousands of deaths were inevitable. Pandemics take place periodically, and the government had fair warning that one would come, but they failed to prepare because they prioritised profit over public health.

One clip of the documentary takes place in a factory that manufactures PPE. One of the workers reported that by early March the government had not contacted them to order PPE. The factory ended up contacting the government to ask if they required PPE to be produced for the NHS. They received no response. The factory was producing PPE, not for the NHS, but for the United States. Eventually, the factory was contacted by a private supplier to manufacture PPE for the NHS. Had there been proper planning, NHS warehouses could have had full stockpiles, the supply chain would not be “erratic, unpredictable, and incompetent”, and there would be far fewer, if any, PPE shortages.

At the beginning of February, the European Centre for Disease Control issued a warning advising that PPE for those treating patients who have contracted Covid-19 should include full protective clothing, gloves, eye protection, and high quality respiratory masks. Scientific evidence showed that full PPE would protect health workers against the virus, preventing its spread, and therefore preventing the death of over 100 health workers. However, the government decided to change the guidelines in order to cover their backs when it came to the dire shortages of PPE for which they were responsible.

Fight to defend our NHS

Ultimately, while the documentary pays lip service to the importance of the NHS, it fails to show the government’s culpability in this crisis, and it also fails to offer answers. This crisis has reinforced public appreciation of the NHS, but also an understanding of its necessity, and the necessity for workers to not only be protected, but paid properly for the invaluable service they provide.

One of the slogans of the Tories during this crisis has been ‘Protect the NHS’, and yet, they’ve been outsourcing testing to the private sector, to the multinational accountancy company, Deloitte. This, alongside all the aforementioned ‘mistakes’ they’ve made, shows that ‘protecting the NHS’ is not their aim, their aim is to undermine it.

Once lockdown is lifted, and we begin to return to ‘normal’, the Tories will likely try to impose more cuts on the NHS, to pay for their bailouts of big business. The millions who’ve been clapping for NHS workers need to be ready to participate in a battle to defend the NHS and its workers against the Tories and to restore our health service to a fully funded, fully public, free and comprehensive service which is accessible to all.

Johnson risks lives for profit - no return without safety - organise the fightback! 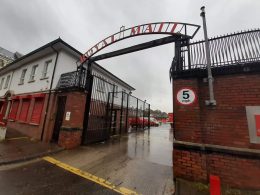 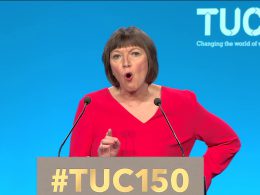