The trade union movement should campaign for the abolition of all political-policing units and for genuine democratic community control of policing with transparency and accountability. However, we should have no illusions that the capitalist state is a neutral arbiter is the struggles between workers and young people and the interests of the establishment. 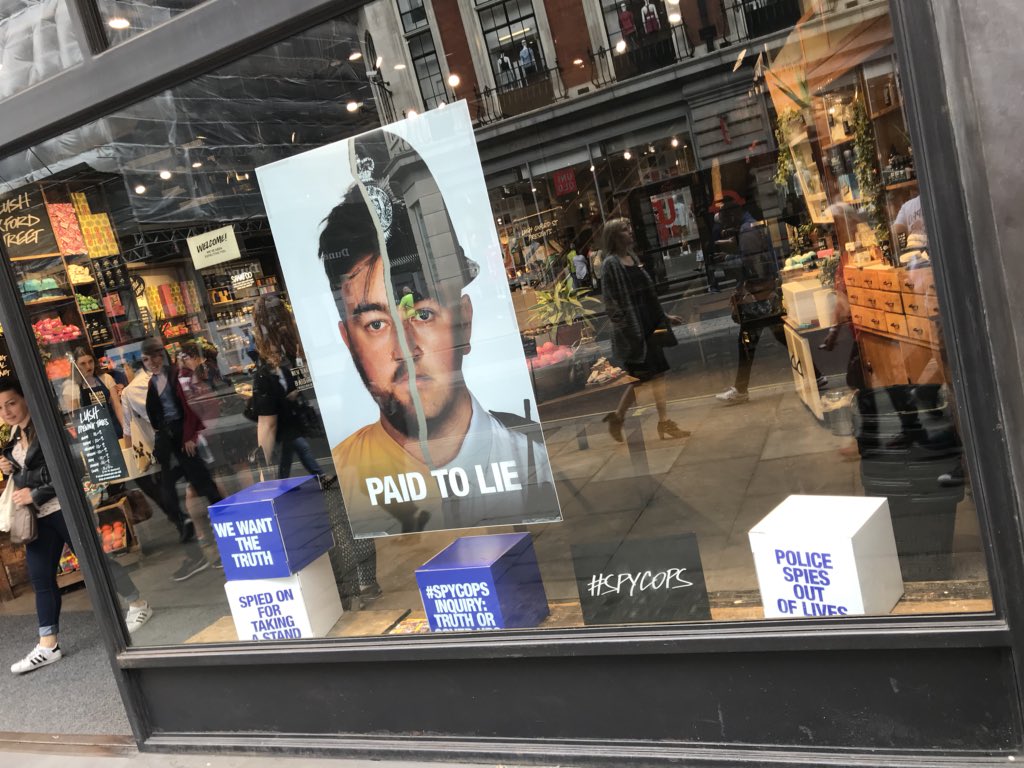 Cosmetics and toiletries retailer Lush caused quite a stir with the launch of its SpyCops campaign in late March. With slogans like ‘paid to lie’ and ‘police have crossed the line’, the campaign highlighted police infiltration of left groups, trade unions and environmental campaigns.

Some of these undercover cops assumed the names of deceased children in their subterfuge. Infiltrating completely peaceful and legitimate campaigns and organisations is a breach of civil liberties and an act of political policing aimed at safeguarding the interests of the super-rich and the profits of big business. Most disgustingly, there are documented cases of spy cops engaging in intimate relationships with activists on completely deceitful grounds.

It has emerged that the Socialist Party in England was infiltrated by undercover cops working on behalf of the Metropolitan Police’s Special Demonstrations Squad, as was Youth Against Racism in Europe, a campaign initiated by the Socialist Party to challenge the rise of the far-right in the 90s. It took the police 18 years to convict anyone for the racist murder of Stephen Lawrence in London in 1993, but they had no difficulty investing resources in spying on anti-racist campaigners. A former spy has admitted to assisting in blacklisting trade union activists in the construction industry.

Lush launched their campaign as it became clear that the Mitting enquiry into undercover policing will be nothing but a white wash. The judge at its head has already ruled out publishing the names of the officers involved in spying. The scale and depth on infiltration will not be brought into the public domain. For this reason, hundreds of activists targeted by spying staged a walkout from the enquiry.

Leading Tories and senior cops denounced Lush’s campaign as undermining confidence in the police – not their own anti-democratic and repressive practises! In a number of stores, staff were forced to take down posters by intimidation from retired cops. This shady behaviour only underlines the need to expose the dirty tricks of the police and security forces. Under pressure, Lush has now dropped the campaign.

In Northern Ireland, the state engaged in a dirty war for decades, running agents within both loyalist and republican paramilitaries who operated with impunity and colluding in assassinations and attacks when it suited the ruling class’s interests. The idea that such practises are a thing of the past, either here or in Britain, is a fantasy. In the South, too, the state has spied upon anti-water charges activists and tried but failed to convict campaigners on bogus charges in the politically motivated Jobstown trial.

The trade union movement should campaign for the abolition of all political-policing units and for genuine democratic community control of policing with transparency and accountability. However, we should have no illusions that the capitalist state is a neutral arbiter is the struggles between workers and young people and the interests of the establishment. 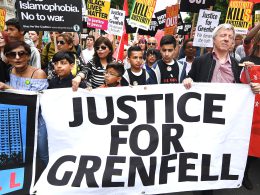 Even after fatal fires in Shirley Tower and Lakanal House, the government failed to act on recommendations for the retrofitting of sprinklers in high rise buildings.
bySocialist Party