It was reported that over 4,000 people had registered for it: a spectrum of the left across the country, including former Labour activists, disenchanted present Labour members, trade unionists, community campaigners and left organisations. The closing plenary filled the 2,160-seat Westminster Central Hall and over-flow space was used.

The message from the top tables was strongly anti-austerity, with plenty of examples given of the suffering and poverty being caused by the government’s cuts, and calls for a redistribution of wealth.

There have been much larger anti-cuts events – including the half a million strong demonstration on 26 March 2011, the two million workers on strike on 30 November 2011 and the tens of thousands-strong local demonstrations against NHS cuts in Stafford and in Lewisham this year – nevertheless this was substantial in size for an indoor event and a further indication of the widespread anger that exists against the cuts onslaught.

The organisers want to build a mass, broad movement against austerity, with assemblies in every town and city. But for this to succeed in defeating the cuts, gathering large numbers for meetings, days of action, etc, is not enough; the PA would also need to arm the movement with a strategy for defeating the cuts.

Unfortunately the 22 June event wasn’t a forum for democratic debate on the programme needed against the cuts, nor did it answer the central question of what needs to be done.

Labour Party member Owen Jones in the opening rally raised the anti-poll tax movement as an example of the mass resistance that is needed.

That movement defeated the poll tax, so has valuable lessons for today. Among those lessons is that its organisers – led by Militant (now the Socialist Party) – didn’t only call for the building of anti-poll tax groups in every town and city but we spearheaded a structure for the movement that enabled democratic debate and decision making locally, regionally and nationally.

Crucially, the leadership put forward a strategy that could concretely defeat the poll tax – in particular mass non-payment of the tax and the mechanics of building it.

Not everyone involved in the struggle supported non-payment, but the overwhelming majority were won to that successful strategy through discussion and debate.

The task now of defeating austerity, against not just one attack but a storm of them, is a much greater one. As in the anti-poll tax battle, there are differences in the anti-cuts movement on how to defeat the cuts, but just as vital – more so given the devastation being inflicted – is adopting a strategy that can succeed.

The key, over-riding next step in this battle needs to be the full mobilisation of the seven million workers in the trade unions, uniting in a 24-hour general strike to force the government to back down.

Wanting to emphasise this, Rob Williams, chair of the National Shop Stewards Network, wasn’t even called into the PA session titled “Tactics for the anti-austerity movement”, despite requesting to contribute both before the event and during the session.

He was later allowed a one-minute contribution in a session on the NHS, where his call for the trade union leaders to organise a 24-hour general strike was met by applause and cheers, as did other calls made during the day for coordinated trade union action.

In the closing rally, Len McCluskey – leader of the largest trade union in the country, Unite, stressed that one year’s earnings of the world’s top 2,000 billionaires could wipe out extreme poverty on the planet.

When he went on to say that local PAs need to be built, some cries of “strike!” broke out across the hall. “I’m coming to that” he replied, and went on to receive applause for saying that we have to “work together to create the right climate for yes, mass industrial action”.

A few people then shouted “name the date!” However, rather than promising to make it his business to help convene discussion between the left union leaders on preparation for coordinated action and the naming of a date, Len unfortunately just quipped that he would leave it to PCS general secretary Mark Serwotka – also on the platform – to name the date.

Mark Serwotka rightly drew attention to the excellent example that his union has set in taking national industrial action in 2011-12 and this year and said that every union should have been involved.

He recognised: “the potential if the marches and occupations were supported by millions of trade unionists withdrawing their labour”.

Like Len, he too can help fulfil this potential, by doing everything he can to draw the left union leaders together to discuss concrete preparation.

The PA organisers though, while “supporting” strike action when it occurs, are unwilling to add the PA’s voice to the call for a 24-hour general strike.

They are either against promoting it themselves or are wanting to keep on board trade union sponsors who oppose it.

This call should have been emblazoned on a giant banner in Central Hall, but it wasn’t even part of the written proposals for the assembly and these couldn’t be amended at the event.

Former leading SWP member John Rees, speaking for the PA organising committee went so far as to argue in the closing rally that it’s “ridiculous” for anyone (seemingly aimed at the Socialist Party) to elevate any particular form of action over others: “we need all forms – demonstrations, direct actions, occupations, as well as strikes” he declared.

This is deliberately downplaying the most powerful and unifying weapon that the anti-cuts movement has at its disposal – a clear lead and action by the trade unions, which could draw into the struggle all those affected by austerity.
Oppose cuts not just in words

Other limitations of the PA leadership include that it tries to keep on board ‘anti-cuts’ Labour and Green councillors, MPs, etc, who vote for or defend cuts budgets, without urging them to oppose all cuts in deeds as well as words.

Also in the name of a broad church, it avoids supporting the idea of a new workers’ party being necessary, despite the recent pledges of the Labour leaders to continue with Tory spending cuts if Labour wins the next general election – which were condemned at the PA.

The PA leaders prefer to promote politicians like former Labour MP and London mayor Ken Livingstone, who spoke at the PA to advocate in vain that a Labour government should adopt some radical pro-working class measures.

Mark Serwotka, however, emphatically attacked the Labour leadership for being pro-cuts and privatisation and Ken Loach raised the need for a new party when he spoke in a subsidiary session (he wasn’t on a plenary session platform).

After Labour began its rightward shift, the Socialist Party was the first left organisation in Britain to recognise the need for a new party to provide political representation for workers.

We are presently involved in building the electoral alliance TUSC (Trade Unionist and Socialist Coalition) that is developing an anti-cuts challenge at the polling stations to all the cuts-making parties.

We will argue in the PAs the urgency of developing this challenge, but have to point out that the PAs have an inbuilt obstacle to this path because of the stance of their leaders.

A new mass workers’ party, when it’s formed, may well have a membership with a similar diversity of views to the thousands who attended the 22 June PA – ranging from advocates of a redistribution of wealth under capitalism, to those who have drawn the conclusion that capitalism can no longer deliver decent living standards for the majority in society and so must be removed.

Such a party will be a great step forward if it promotes workers’ interests and has a structure that allows democratic debate and decision-making.

The election of delegates to committees at each level of the party would be vital to enable the necessary decisions to be made – and those who make them would need to be fully held to account by the membership.

It will also need to be rooted in the trade union movement, as the key vehicle of struggle for the millions of workers in Britain. It is they who have the power to lead the way in bringing the ruling class to its knees and to challenge the system that exists in its interests.

“I chaired one of the sessions at the People’s Assembly – At the Sharp End – about the cuts in benefits. There were some good sessions – in the session on organising in the unions, left lawyer John Hendy mentioned that in 1979 82% of workers in Britain were covered by collective bargaining agreements but in 2013 it’s only 26%. That’s an indication of the neo-liberal assault.

“PCS will support the PA – but it cannot just be a safety valve for the anger that is out there. What people wanted to hear was a strategy to protect our class; this has to be through mass coordinated industrial action, which is the best form of civil disobedience”.
John McInally, PCS vice-president

Bag men for the banks 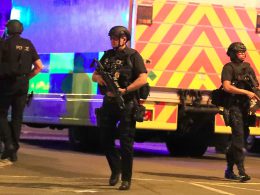 This atrocity, which the Socialist Party completely condemns, has echoes of the Bataclan concert attack in Paris in November 2015. In both, ordinary people from all walks of life were indiscriminately slaughtered, especially the young.
byArchive 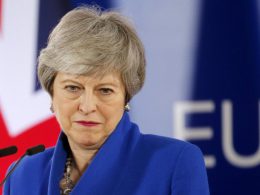