There has been a lot of hype in the media about the new “National Living Wage” ever since its announcement in July of last year. As of the 1st April 2016, employers will have to pay workers who are 25 or older a minimum wage of £7.20/hour. However, the current minimum wages still apply to those workers under 25, who will slip farther behind and become a super-exploited supply of cheap labour. We’ve all seen the advert on television where they gloss up this increase and make it seem like they’re doing us such a huge favour, giving us a whole 50p more but it’s far too little, far too late.

Frankly, it’s just insulting. This pathetic excuse of a “living wage” falls far short of the £8.25/hour that is called for by the Living Wage Foundation. Yet even £8.25/hour falls short of what a real living wage should be. We need a minimum wage of at least £10/hour in order to live any decent kind of lifestyle. This same view is also held by the Trade Union Congress who voted unanimously in September 2014 to demand £10/hour.

£10/hour is nothing compared to the wages of the average CEO or of the very same politicians who claim to have our best interests at heart. There has been a growing movement in the United States calling for a $15 (£10.60) minimum wage and they have made many victories in cities such as Los Angeles, San Francisco and Seattle. Socialist Alternative – our US sister organisation – has been to the fore in this movement, This only goes to show that it is possible to win £10/hour if we organise and stand up for our rights. Let’s stand up and take what is rightfully ours; a real living wage! 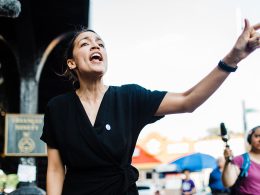 Millions of workers and young people are not satisfied with the Democratic Party strategy of “wait till November” (for midterm elections) to challenge Trump and are actively organising to combat his anti-labour, anti-women and anti-migrant policies.
bySocialist Party 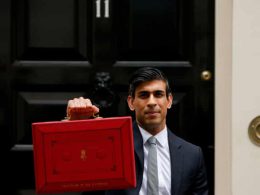 Tory budget kicks can down the road

The main reasons for this are two-fold. On the one hand, because of the still devastating situation in which most working people still find themselves. In the midst of a third lockdown, with rising unemployment, millions are relying on furlough, Universal Credit and other schemes to make ends meet. For these millions, the run up to Sunak’s budget brought constant reminders of the potential cliff-edge facing them and their families. 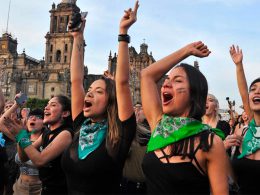