Our health service is nearing the precipice, but the damage can be reversed. As a health worker, I need my own union, NIPSA, and the union movement as a whole to step up – to defend our right to a decent standard of living, not to scratch out an existence from month to month; to fight for public ownership of all parts of our health services. “I never thought that I would be one of those nurses that would consider leaving the profession, but I now know we all have our breaking point. I cannot speak for anyone else, but for me it is the point where I find myself justifying why I cannot provide the most basic nursing care to people who depend on me to protect and stand up for them.”

This comment is from one of my nursing friends, who finally refused an order to move a person medically unfit for transfer to another facility because of staff shortages. This highly experienced and once motivated staff nurse has now left Northern Ireland. These are the daily experiences of health workers. For many, they can no longer take the impact of a decade of Stormont-imposed Tory austerity. The £300 million in cuts, eight years in recruitment freezes, the attacks on pensions and the below-inflation pay awards have taken their toll.

The latest insult has been the much lauded pay deal for NHS staff in England, with extravagant claims of pay rises up to 27%. While the detail of the agreement indicates it will break the 1% pay cap, in reality it will be another below-inflation pay award over three years with an attack on conditions. Hope that things were about to change somewhat for the better has been snuffed out. The dawning realisation of what the deal means has created open rebellion among union members, demanding negotiations are re-opened.

Many nursing friends of mine have now decided to try and start a better life overseas as they cannot make ends meet here. The recent report from the NI Health Board (HSCBNI) of 1,800 NHS vacancies across Northern Ireland gives a glimpse of the staffing crisis. While the HSCBNI have declared they intend to recruit 200 new staff, this maybe too little too late, as the estimated leaving rate per year is between 7.5 and 10% of the total work force.

The recruitment crisis in the private health sector is much worse than within the public sector. The most recent private sector casualty of the staffing crisis is the closure of Drumclay Care Home in Enniskillen. Unfortunately, it is not surprising that they could not find experienced staff, as the private care sector is well known for its low pay and poor working conditions for staff, as these firms seek to squeeze every penny they can, putting profit before care every time.

Our health service is nearing the precipice, but the damage can be reversed. As a health worker, I need my own union, NIPSA, and the union movement as a whole to step up – to defend our right to a decent standard of living, not to scratch out an existence from month to month; to fight for public ownership of all parts of our health services. If the union movement gives a lead, showing courage and conviction and built support through co-ordinated industrial action and public protest, it could mobilise mass support across all communities. 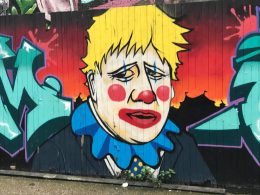 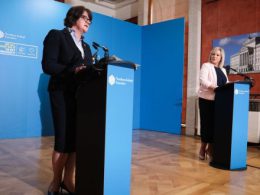 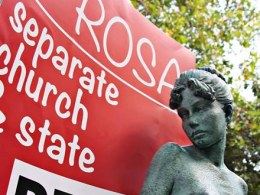