Photos of rows of ‘reclaimed’ British Gas blue vans went viral on Wednesday 14th April following the final sacking of hundreds of their previous custodians – workers who had bravely refused to accept cuts to pay, terms, and conditions under the bosses’ disgusting ‘fire and rehire’ policy.

They, members of GMB union, have been in dispute with British Gas/Centrica since the start of the year.

Unfortunately all the other unions at the company – Unite, Unison, and Prospect – had signed up to the new inferior terms from the beginning last year.

In the biggest strike in the sector for decades, the workers have taken 43 days of action so far. They received widespread support from the public – with a chorus of car horns greeting their picket lines. Reflecting this strongly sympathetic public mood of solidarity, large numbers of MPs, surprisingly including even Keir Starmer himself, offered at least their nominal support to the workers. But if he and his right-wing leadership were serious about such support, they would be demanding the immediate renationalisation of British Gas to call a halt to this attack, with a pledge that Labour would carry out such a policy if it were in office.

British Gas has outrageously bullied and blackmailed its workers to sign a contract to accept the cuts or get the sack. Estimates are that up to 500 (time will tell how many signed at the last minute), with who knows how many years of solid service, including during the pandemic, have been booted out of their jobs in this brutal fashion.

This is just one more example of bosses using the pandemic as cover to implement ‘fire and rehire’ attacks on their workers.

Indeed, recent research by the Trades Union Congress (TUC), showed that one in ten workers have been subject to similar treatment or threats since the start of the pandemic, throughout both the private (e.g. Heathrow Airport) and public (e.g. Tower Hamlets Labour Council) sectors.

Workers and their unions urgently need a joined-up response across industries, sectors, and beyond, to push back ‘fire and rehire’ and ensure that no group of workers – however heroic and determined – stands alone in this fight.

What ‘was’ British Gas (many betrayed workers say they no longer recognise it) should be re-nationalised under democratic, working-class control, as part of public ownership across all essential utilities. This could ensure not only the protection and improvement of conditions for all the energy sector’s workers, but a just transition to renewable, green energy and an end to fuel poverty. 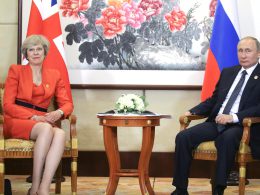