Due to the government’s decision to continue with an unpopular new contract for junior doctors, the British Medical Association (BMA) has escalated industrial action planned for 26th April to a full walk-out. This will be the first strike in the history of the NHS where emergency cover will not be provided. The walk-out will be taking place in hospitals across England and will last 24 hours. The junior doctor spokesperson for the BMA has stated “no junior doctor wants to take this action but the government has left us no choice”.

This dispute has been going on since the summer and stems from the lack of confidence doctors have in the new proposal and in Health Minister Jeremy Hunt. The contract proposes a new six-day working week, meaning doctors being pushed harder to fulfil requirements laid out in their contracts or to compensate for reduced salaries.

In an attempt to deter the strike action, the government has said a stoppage to emergency services is reckless and puts patients in unnecessary danger. However, the BMA announced the action in line with the required seven days’ notice and maintains it is the responsibility of the employers to cover the affected shifts.

As it stands, doctors already have a 20% chance of becoming depressed at some point in their career due to stress. They are almost six times more likely to be involved in near-miss accidents and 2.3 times more likely to be in an actual accident because of the long and stressful hours most medical staff are subjected too. This new proposal is not going to help but worsen these effects in the long and short term. We also have to consider the effect this has on a doctor’s ability to perform at their best to ensure patients are in safe hands. The Socialist Party calls on the entire trade union movement and all workers to support the doctors in their struggle.

100th anniversary of the execution of James Connolly 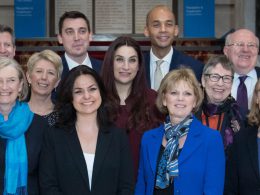 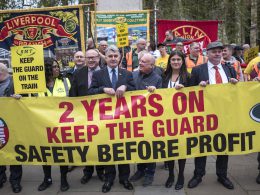