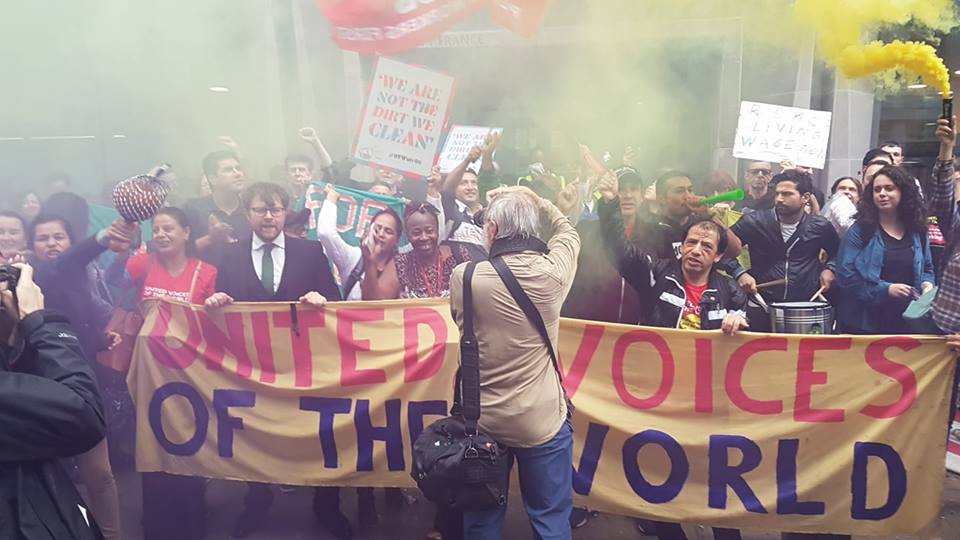 In an almost unprecedented move, low-paid cleaners in London represented by United Voices of the World are engaged in important disputes, including strike action, with both the Royal Borough of Kensington & Chelsea (RBKC) and the Ministry of Justice (MoJ).

The workers – all migrants from Latin America and Africa – are the latest so-called ‘unorganisable’ and ‘invisible’ workers to stand up for dignity and respect, demanding that their measly £7.83 hourly wage be raised to at least the £10.20, the London Living Wage. The action came shortly after RBCK backtracked on a previous agreement to bring cleaners back in-house, ending the outsourced contracts.

These simultaneous strikes have been sparked by the workers’ bosses – giant cleaning corporations that specialise in maximising profits through super-exploitation, refusing to offer even a penny more than the minimum wage. OCS – the private firm which employs the cleaners in the MoJ – refuses to pay their workers a living wage in one of the most expensive cities in the world, despite having a turnover of over £1 billion.