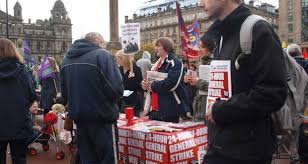 Over 90 people packed into a small room above a pub off Glasgow’s George Square on Monday night to discuss how the fight for an independent socialist Scotland continues after the referendum.

Socialist Party Scotland organised the meeting to bring together people who had been inspired to get active by the ‘indyref’ but now feel the need to carry on the fight.

Many were attending their first socialist meeting, for some it was their first political meeting ever.

People were hungry for ideas, to hear not just about independence but about socialist ideas. This reflects what we have seen on the streets in the past few weeks particularly in that last week where there were tens of thousands mobilising in George Square in Glasgow in the days leading up to the vote. And crucially on Friday, the day after the vote. We went down to George Square and were inundated by people looking to discuss the way forward after the vote and many asked to join Socialist Party Scotland.

We have had hundreds of people from all over Scotland asking to join our party in the past week. Many have been inspired by the indyref but also now recognise that independence itself will not fundamentally change society. Independence alone will not automatically end foods banks or stop pensioners dying in winter because they cannot afford to put the heating on. It would not eradicate poverty and inequality. It would not put a stop to all cuts and austerity.

Brian Smith, from Castlemilk, spoke about how he had been inspired by the campaign, with people making the effort to vote who had never voted before, voting for their children’s future.

He also talked about the importance of building a united campaign against all cuts and austerity. He mentioned the fact that the SNP in the Scottish Parliament are about to introduce £2 billion worth of cuts next month. These are cuts they have been holding back because of the referendum but will now be pushed through and will have a crippling effect on Scotland’s public services.

Brian said that we need to build a new mass working class party to fight the cuts, because all the main parties will implement cuts and austerity.

Philip Stott talked more about what an independent socialist country could look like, what the powers of an independent socialist Scotland could be used for. Firstly it would say no to all cuts and austerity. Instead of lowering corporation tax, we would start by bring the oil, gas, electricity and banks into democratic public ownership. This would mean any ‘profits’ made could be reinvested in public services.

It could introduce a living wage of at least £10 an hour for all workers and end zero hours contracts. Also, tax the rich and big business and use the money to invest in jobs, for example building new homes and schools and developing the renewable energy sector.

This could form part of a socialist planned economy in the hands of the working class to meet the needs of all, not just the 1%.

After the speakers there were questions and comments from the public. Many issues were debated and teased out. People talked about the role of the trade unions and the need for them to break with Labour. A central theme was how the potential power of the working class could be mobilised to continue the incredible struggle and mood for action that has found expression in the Yes movement.

Young people wanted to know where socialists stand on nuclear weapons, gay rights, and more. Workers wanted ideas to help them strengthen trade union organisation in their workplace to defend conditions and services.

A firefighter stood up and told the meeting about the changes Labour had made to his pension, meaning he has to work much longer, pay more and receive less. He said Labour should be dead to everyone here, to which he received a massive round of applause. He finished his contribution by saying he would be joining Socialist Party Scotland that night.

Five people signed up on the night, with many more taking joining forms with them. Socialist Party Scotland has seen a huge explosion in interest in socialist ideas and people looking to become actively involved in fighting – not just for independence but for socialist change. 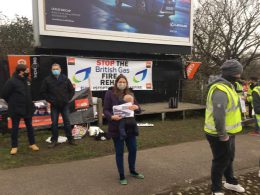 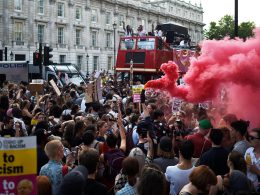 Nothing Left about the Scottish National Party

SNP government ministers have made huge windfalls by selling their second homes, after the mortgage interest was paid for by the public purse.