In the article you outline the supposed lessons of the Second World War, arguing that what we need now is for trade unions, bosses and the Tory government to ‘come together’ to weather the economic storm rapidly approaching. However, many workers, due to their experience since 2008 and during the coronavirus crisis, resoundingly reject the lie that “we’re all in this together”.

You praise Captain Tom Moore for raising £18 million for the NHS, heroically doing laps of his garden, but your article contains not one word of criticism of the decade of cuts, privatisation and underfunding of public services by the Tory government – undoubtedly the main reason that health workers are struggling to tackle the virus. This is when 100 health workers have died from Covid-19 because they don’t have sufficient PPE!

The TUC needs to fight

You praise Ernest Bevin, right-wing general secretary of the TGWU and Minister of Labour in the wartime coalition government, for being supported by Churchill in his concessions to working class people, but make no mention of the strikes by miners, dockers and more during the war. You as the general secretary of the TUC shouldn’t have to be reminded that gains for workers are won by workers’ action, not the benevolence of governments or bosses. It was this continuing struggle, plus the experience of workers during the war that made them determined to not allow a return to the 1930s and to fight for a genuine ‘land fit for heroes’.

Your predecessors played a similar role in the inter-war period. The Triple Alliance of the unions of miners, railway workers and transport workers betrayed the miners by calling off a strike in support of them on 15th April 1921 – dubbed ‘Black Friday’. This led to a drop in trade union membership from 8.3m to 5.6m the following year as workers left disgusted. Rank and file trade unionists were forced to organise independently through the National Minority Movement in the run up to the 1926 general strike – which was also betrayed by the TUC general council, who favoured negotiations with the government behind closed doors instead of supporting the workers on strike.

Internationally, the response by the working class to the 1930s Great Depression – where unemployment hit 40m in the industrialised countries – was revolution. The response by the establishment was to repress that and in some cases to support fascist movements. Churchill, who you uncritically refer to in your article, supported Hitler and Mussolini in the years before the war. His idea was that Hitler’s expansion would help to defeat the Soviet Union. He wrote about Mussolini in his memoirs “The alternative to his role could easily have been a communist Italy, which would have brought other kinds of dangers and misfortunes upon the Italian people and Europe.” He was booed off stage when he tried to address workers in 1945.

What happened to Churchill?

You speak favourably of the national coalition government during the war years but forget to say that the first opportunity that workers got after the war, they voted out Churchill. The Labour Party won its first majority in a landslide election. This wasn’t won on the basis of working with the employers or the Tory government, but on the basis of a radical manifesto promising a welfare state, nationalisation and council housing.

The revolutionary movements which spread across Europe at the end of the Second World War were reflected in Britain by this election. The capitalist class were forced to make concessions such as the NHS and welfare state in order to stave off revolution. Of course, since then, successive governments have clawed back some of those crumbs off the table in the form of erosive cuts and privatisation.

What we need today

You talk about how Britain was ‘unbowed’ after the war, that we had ‘come through it together’. Your whole article argues in favour of unity in the national interest. But do you really think that this exists? How can workers have the same interests as their employers? You say “you cannot separate the needs of workers from the needs of the economy”, but what does this mean? Because we have seen the ‘needs of the economy’ reflected in the 1m people who have been forced to claim Universal Credit because they have lost their jobs and those who are only receiving 80% of their wages, through no fault of their own, while big business is raking in government subsidies. And this inadequate ‘job retention scheme’ is the TUC’s biggest contribution to working class people during this crisis.

You say that to set our economy back on its feet we need a continuation of ‘common purpose, collectivism, consent’ – a completely meaningless phrase. What we will actually need is an almighty battle to prevent the working class being forced to pay for another economic crisis not of their making. As the economy faces its biggest recession since the 1930s we do not need ‘consent’ – we need organisation! We need collectivism – that which the TUC is meant to be providing – but with the demands of nationalisation of public services, immediate pay rises for all workers and workers’ democratic control over decision making. We don’t have a ‘common purpose’ with those who want to put wealth before health and prematurely lift the lockdown in order to defend profits, nor with the architects of the failed “herd immunity” strategy.

So Frances O’Grady, we reject your call on the government to establish a National Council for Reconstruction and Recovery. We won’t be making a ‘generous offer’ to the government (who have been far from generous to working class people). And it is offensive to call on workers to “get stuck in” when it is workers who have kept society running during this crisis while the likes of Richard Branson ‘isolate’ on their private islands. Members of Socialist Alternative, along with hundreds of thousands of trade unionists up and down the country, will continue to struggle for our livelihoods, for PPE, against evictions and for affordable housing, to defend the NHS, for equality and more. If you are not prepared to give a lead in this fight, then step aside so that the working class can find leaders who are.

If you agree, join us! 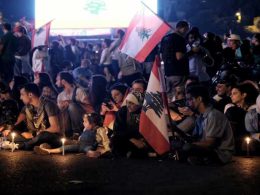 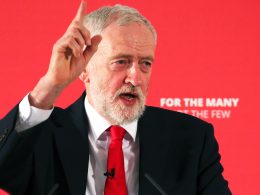 Corbyn suspension: Time for a new left party to fight the Tories